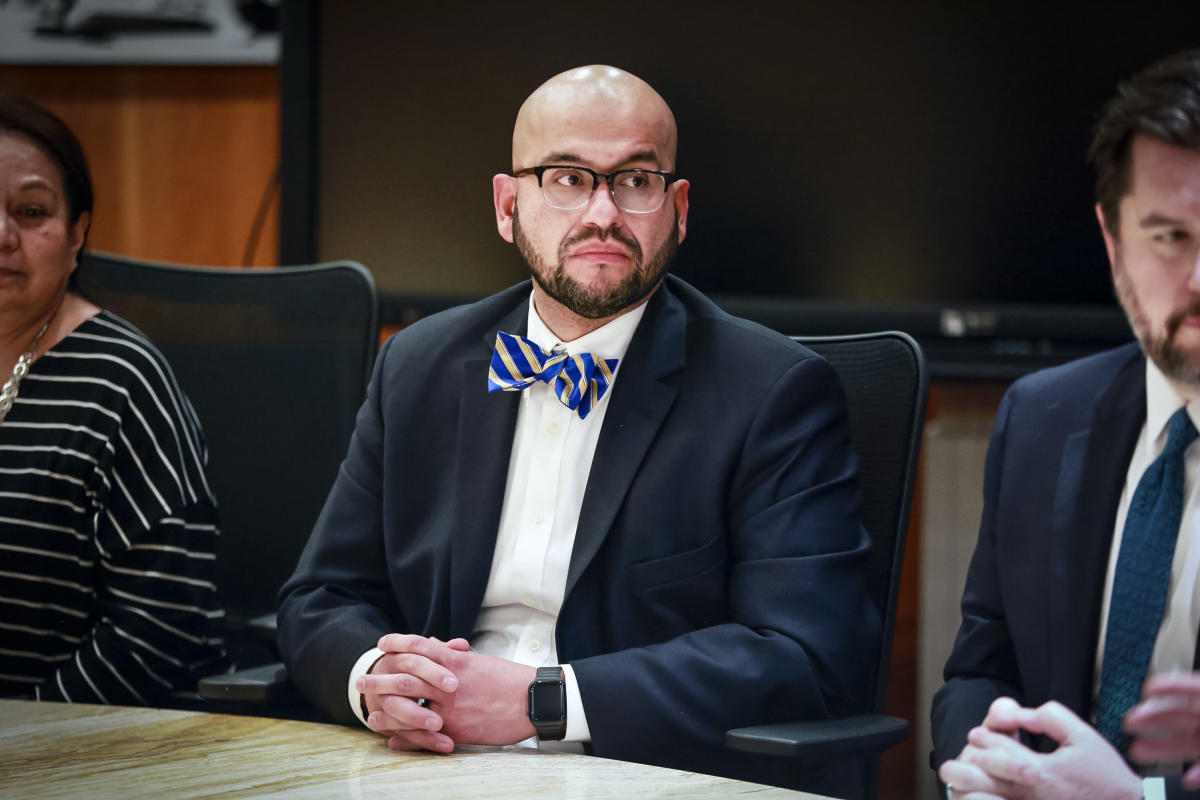 A suspect was in custody Monday in a string of shootings that may have targeted Democratic leaders in Albuquerque, officials said Monday.

The suspect, whose name was not released, was being held on charges unrelated to the six shootings at or near Democratic officials’ homes and offices, police Chief Harold Medina said at a news conference.

Officials did not say what charges the person was being held on or if charges would be filed in connection with the shootings since early last month.

“These are individuals who participate in democracy, whether we agree with them or not,” Keller said. “Those elected officials deserve to be able to do their jobs as part of American democracy without fear, and especially without fear in their homes.”

On Monday, the Albuquerque Police Department reported that the home of the incoming speaker of the state house, Rep. Javier Martinez, was also apparently targeted.

The incident took place in early December, when Martinez heard gunfire but did not report it, police said. Last week, after the other shootings were widely reported, Martinez asked officers to investigate the incident, police said.

“We’re grateful that nobody has been injured,” Albuquerque Police Chief Harold Medina said at Monday’s news conference. “But we also realize we have to work quickly.”

Albuquerque detectives, with the assistance of the FBI, New Mexico State Police, and the Bernalillo County Sheriff’s Department, were still analyzing evidence and scouring the areas of the shootings for security video, the chief said.

In the police statement earlier Monday, Medina said, “We have identified potential connections between some of the shootings, and detectives are pursuing every possible lead.”

The Democratic Party of New Mexico said in a statement it was “deeply troubled” by the shootings.

“We encourage anyone with potentially relevant information to report it to law enforcement and hope whoever is responsible is caught swiftly,” the party said.

Martinez said in a statement he’s grateful his family is safe.

“I share the anger of my fellow elected officials and all those who have been targeted by such senseless acts of violence,” he said. “We’re hopeful that those responsible will be caught and swiftly brought to justice.”

According to Albuquerque police, the other shootings that happened Dec. 10 at the former campaign office of Raúl Torrez, who was elected New Mexico’s attorney general; dec. 11 when more than a dozen gunshots hit the home of former County Commissioner Debbie O’Malley; Jan. 3 when eight shots were fired in the direction of the home of New Mexico Sen. Linda López; and Jan. 5 when shots were fired outside the downtown law offices of newly appointed state Sen. Moe Maestas.

This article was originally published on NBCNews.com