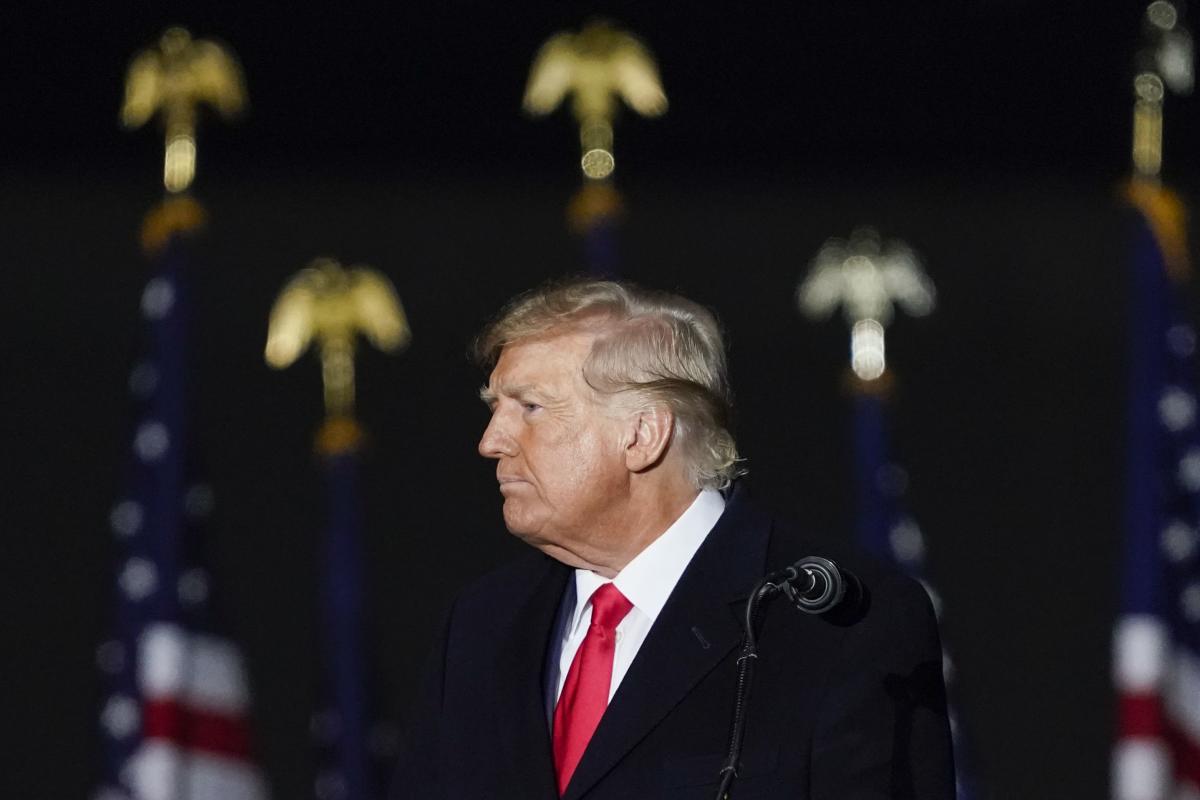 (Bloomberg) — Former President Donald Trump and one of his top lawyers were ordered to pay almost $1 million in legal fees and costs to Hillary Clinton, her 2016 campaign and more than a dozen political operatives who he accused of a vast conspiracy to damage his reputation.

Most Read from Bloomberg

The suit, dismissing last year as an improper political “manifesto,” is part of a long pattern of abuse of the courts by Trump and his lawyers and “should never have been brought,” US District Judge Donald M. Middlebrooks said in a ruling late Thursday in West Palm Beach, Florida.

“Its inadequacy as a legal claim was evident from the start,” the judge said. “No reasonable lawyer would have filed it. Intended for a political purpose, none of the counts of the amended complaint stated a cognizable legal claim.”

Trump, his lead attorney, Alina Habba, and her law firm were held jointly liable for $937,989. The sanctions were issued on behalf of 18 defendants who submitted a joint motion accusing Trump of knowingly filing a suit with bogus and unbelievable claims to dishonestly advance a political narrative.

The ruling is the latest legal setback for Trump, who was not deterred by his failed lawsuits challenging the result of the 2020 presidential election.

Earlier this month, his lawyers barely escaped sanctions over their failed arguments against New York Attorney General Letitia James’s civil fraud suit against him and his company, which went to trial in October. And a separate suit Trump filed against James in Florida was criticized last month by Middlebrooks, who denied his request for an injunction and said that case had “all the telltale signs of being both vexatious and frivolous.” Trump voluntarily dropped the suit Friday without saying why.

Habba didn’t respond to a message seeking comment. Trump is likely to appeal.

“As the court has now recognized, from the beginning this lawsuit was a political stunt that had no business in a court of law,” Kendall said. “It was a sham which unfairly absorbed the court’s time and energy better devoted to litigants with real claims.”

The ruling came hours after Habba appeared in New York state court to argue against dismissal of a $100 million lawsuit Trump filed against his niece Mary Trump and the New York Times over its award-winning 2018 story on the former president’s taxes. The judge overseeing that case Thursday repeatedly suggested the damages sought by Trump could be viewed as intimidation.

Middlebrooks, an appointee of former President Bill Clinton, said in his ruling in Trump’s Florida suit against Hillary Clinton that filing such lawsuits “undermines the rule of law, portrays judges as partisans, and diverts resources from those who have suffered actual legal harm.”

The judge rejected any notion that Trump’s lawyers were the only ones at fault.

“Mr. Trump is a prolific and sophisticated litigant who is repeatedly using the courts to seek revenge on political adversaries,” the judge said. “He is the mastermind of strategic abuse of the judicial process, and he cannot be seen as a litigant blindly following the advice of a lawyer.”

Trump’s suit, filed in March, repeated many of his grievances over the FBI’s 2016 probe into whether his campaign was colluding with Russia to influence the election that year, alleging the entire investigation was the result of a Democratic-led conspiracy to undermine him. He named former Federal Bureau of Investigation Director James Comey, Clinton Campaign Chair John Podesta, British ex-spy Christopher Steele and many others.

In his ruling Thursday, Middlebrooks picked apart the details of the alleged conspiracy as much as he did when he dismissed the case last year. For example, the judge said the claim that Comey conspired with Clinton to “maliciously prosecute” Trump was not backed up by any details and is contradicted by the fact that Comey never initiated a probe of Trump. The judge also pointed to Comey’s reopening the investigation into Clinton’s emails days before the election, as clear evidence against a conspiracy.

“The implausible claim that Mr. Comey conspired with Ms. Clinton, given the impact of his announcements on her 2016 campaign, not only lacks substance but is categorically absurd,” the judge said. “This is a deliberate attempt to harass; to tell a story without regard to facts.”

The judge on Thursday blasted Trump’s lawyers for stacking the suit with details from the criminal complaints against former Clinton campaign lawyer Michael Sussmann and Russian business analyst Igor Danchenko, who were charged by the US Justice Department special counsel investigating the FBI’s handling of the Trump-Russia probes. The allegations against both men were seized upon by Trump and his allies as evidence that Democrats and their Justice Department allies conspired to undermine Trump starting in 2015. While the probe found many faults with the FBI probe, both cases failed.

“A criminal indictment should be no more than the starting point for a lawyer’s good faith pre-filing investigation,” the judge wrote. “The danger of overreliance has been demonstrated here, in the light of the acquittals of Mr. Sussman and Mr. Danchenko.”

The judge in November ordered Habba and another lawyer to pay $50,000 to the court and $16,274 in legal fees and costs to one of the defendants, Democratic political operative Charles Dolan, who was involved in Clinton’s 2016 presidential campaign and filed his own motion for sanctions.

(Updates with comments from Clinton lawyer. An earlier version corrected the nature of the ruling in Trump’s case against James.)

Most Read from Bloomberg Businessweek